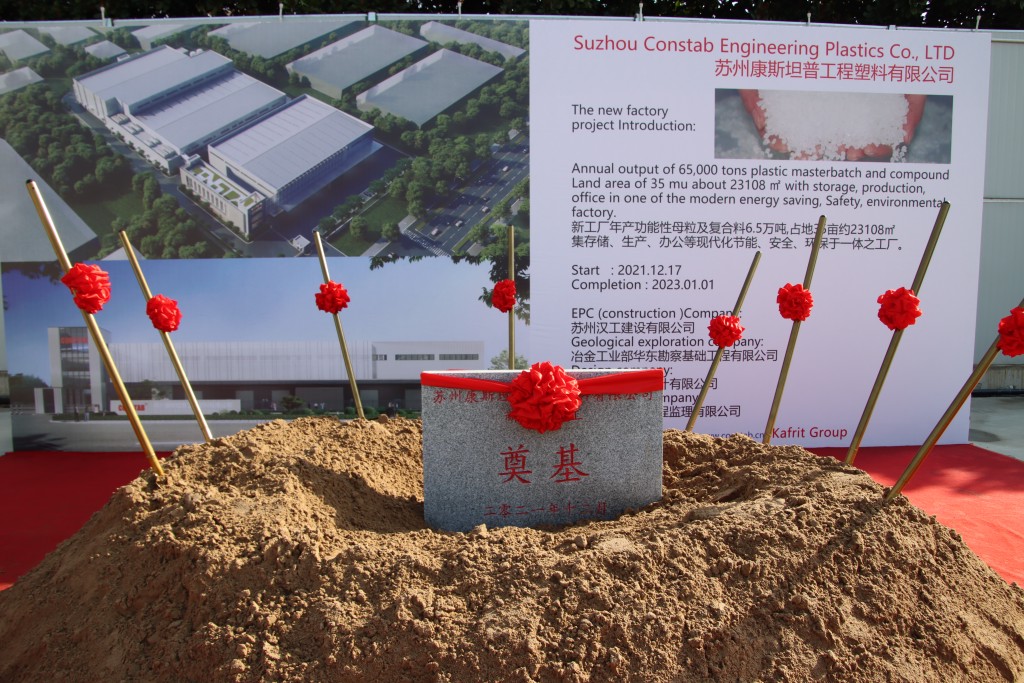 On 17th December, Suzhou Constab Engineering Plastics Co., LTD held the new plant ground breaking ceremony, when our General Manager Mr. Yishai Nachimani attended and declared the starting of project construction; our Project Manager Paul Wang was the host, and General Manager of Suzhou Hangong Construction Co., LTD Mr. Jason Jiang made a speech. The leadership laid the cornerstone for the project together, and witnessed milestone moment of Suzhou Constab together with our colleagues. 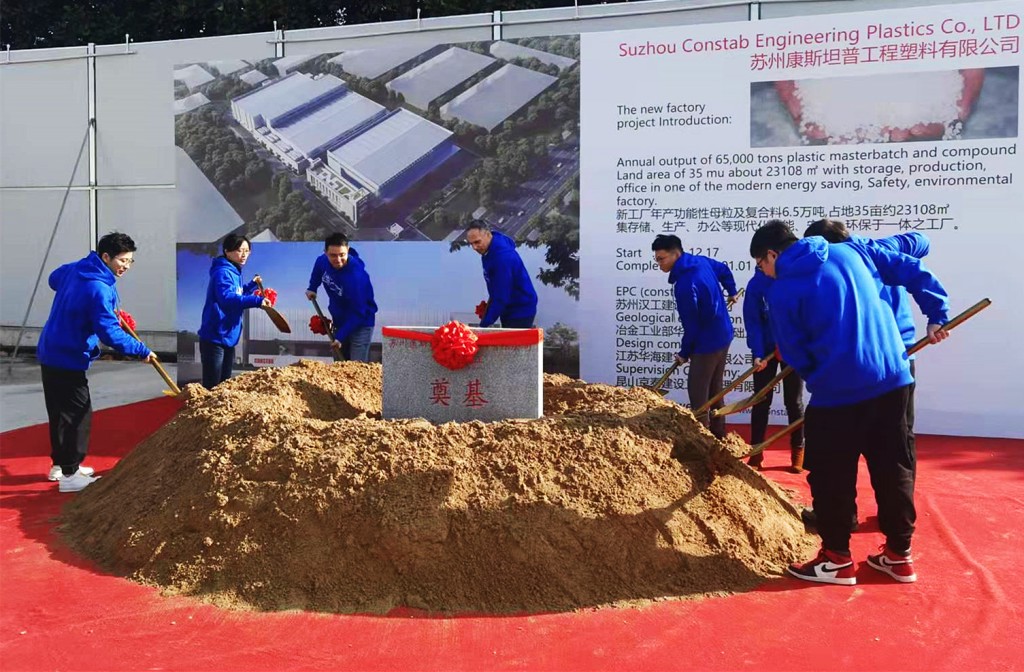 Leadership laid the foundation stone for the project 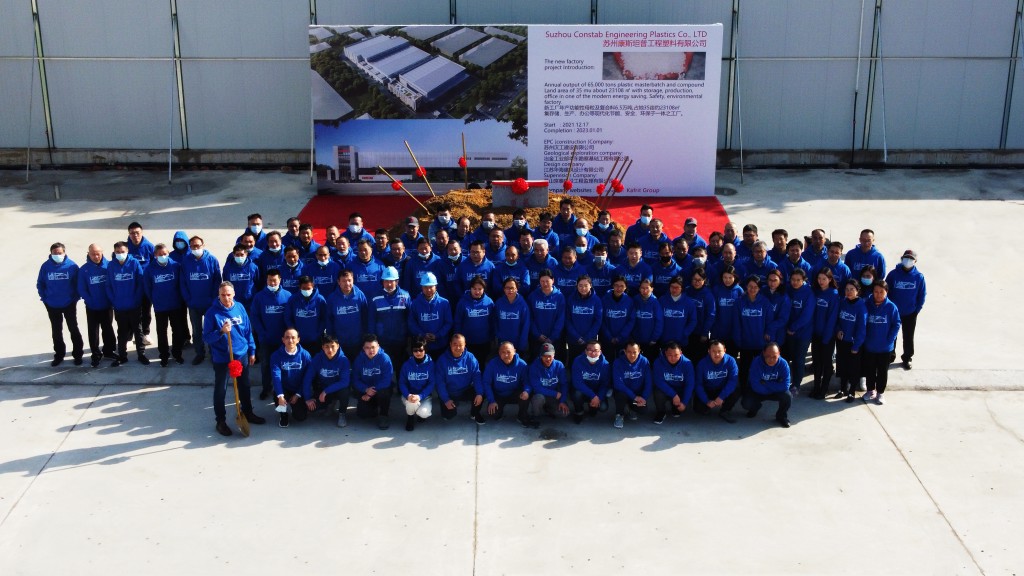 Leadership and colleagues celebrated the cornerstone laying and construction starting 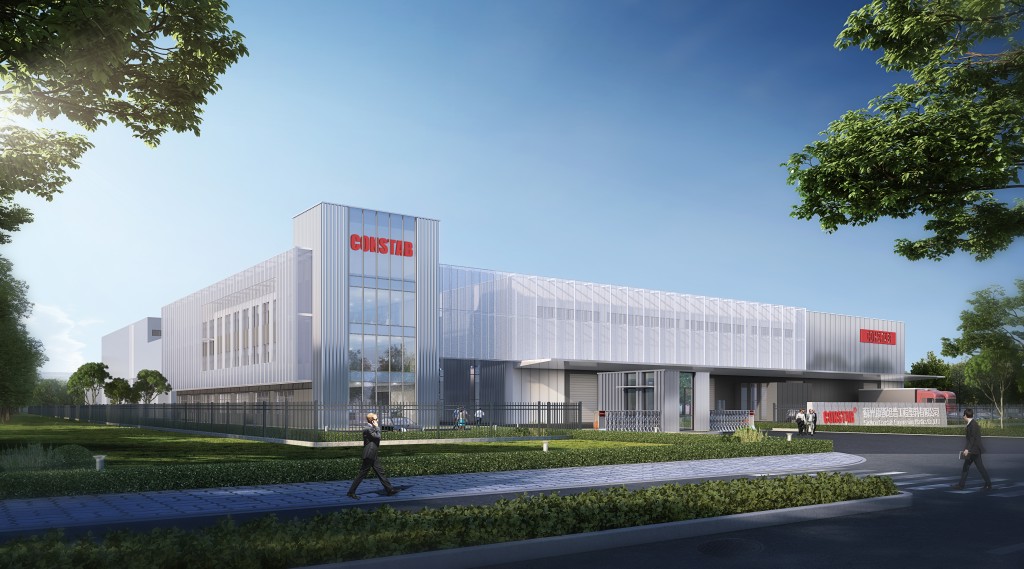 The total investment of the new plant project of Suzhou Constab Engineering Plastics Co., LTD is about 180 million CNY, and there would be three main buildings as designed which are warehouse, workshop and office building. It will come into use in 2023. The new plant is planning for 23108 sqm with new construction area about 22000 sqm. and it will reach yearly capacity of 65000 MT plastic particles.

The new plant will combine the production and research & development, which would be driving force of developing for our company and group and serving for domestic and abroad customers with better quality products and faster feedback service. The new plant will gradually explore 15 production lines, which will focus on manufacturing PEX and functional masterbatches & compounds. PEX is mostly applied in heat resistant piping system, with function of high temperature resistance and oxidation resistance. Masterbatches is mostly applied for BOPP films, CPP films, PE films, agricultural films and other packing products, which can change the function such as antiblock, antistatic, slip and so on.